Who Has the Real Power in D/s
— Dominant or Submissive? 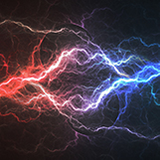 He’d drop to his knees and say, “Forgive me, Ma’am, I deserve punishment, please smack my balls hard, then let me drink your pee to prove my devotion to you.” I’d then dutifully go pee in a cup for his so-called punishment, even though it did nothing for me to watch him gulp down my “nectar.”

Years later, when my new husband put me over his lap to playfully spank me, I felt a longing to submit to him that took my breath away. I realized I’d resented my masochistic ex-boyfriend not because he was a terrible sub, but because he’d taken the role that I wanted for myself. I also realized I’d done whatever he wanted because I am basically a submissive who wants to please her mate. (I was essentially his “service top.”) Now, I wanted to please my new mate, become his sub, give him power to do what he wanted with my body. But I had serious doubts this was possible beyond roleplay, and I worried I could be making him my fetish dispenser.

the dilemma of power exchange

At the core of the submissive longing is the desire to surrender power, to give up choice. If we believe our Dominant is servicing us and our desires, then the heat generated by the sexual polarity of power exchange cools drastically. A submissive’s joy and pleasure lies in powerlessness, so to feel empowered collapses the entire dynamic. As one Dom I know wrote in a FetLife post, “A submissive who holds the power is by definition not a submissive,” while a Dom who allows the sub to set the agenda is “a marionette whose strings are being invisibly pulled by the person play-acting the role of the ‘submissive’ in an elaborate social construct.” In other words, that Dom is a service top, and the actual submissive in that relationship.

This “both sides have power” observation is a common theme in discussions on the subject, and I often run across sentiments such as, “The submissive draws the lines, but the Dom decides what color to paint inside them.” Or, “The sub can decide to get on or off the ride, but cannot decide where the ride goes.” And that safeword that supposedly imbues the sub with power? Well, says the author of the Submissive Guide website, it’s only powerful if the Dom chooses to recognize it. “You could scream your safeword till the cows come home, but if the Dominant doesn’t yield to the power he gave you in that word, then it means nothing.”

Other submissives, like myself, who feel any scrap of power to be unwelcome, take a different tack and turn to CNC, or consensual non-consent, a type of all-purpose, blanket consent that gives the Dom permission to enforce his will whether the sub is overtly willing or not. I have repeatedly begged my Dom to overpower me and force me to comply with his will even if I refuse. It is important to me to occasionally be shown by my Dom that his is the real power through a visceral demonstration of my lack of choice. I need to know that I can’t strip him of his power through the whimsical withdrawing of consent. After all, one isn’t really submitting until one has to face doing the thing one doesn’t want to do. If a sub can say no at will, then there’s no power exchange.

CNC is anathema in today’s consent culture, seeming to open the door to abuse by a careless Dom. CNC is indeed a tricky gray area, both morally and legally, but in my mind, if a Dom is trustworthy enough for me to enter into a CNC agreement, then the odds of being abused by that Dom are small. In fact, my challenge remains the opposite: I know that despite any former plea to be forced, if I object to a command emotionally enough, my loving Dominant is likely to revert to his cultural conditioning and respect my wishes. I spent a lot of time in our first months pondering this problem, irritated at the feeling of having secret power I didn’t really want, and worrying our power exchange wasn’t “real.” CNC has come in handy for me and my Dom in uncertain moments, and I have thrilled to being overpowered, but it doesn’t completely solve the problem. Submission is ultimately about surrendering one’s power, not being robbed of it. Luckily, my darling Dom and I have learned that the D/s dynamic is not based on a one-time choice, but is a continual process that takes on a life of its own, and power exchange can become far more real than I would have thought possible.

the transfer of power

I have felt this happen in my own D/s relationship. At first I was nervous about making myself vulnerable and letting go of power, but quickly felt seduced by my Dom and the joys of D/s itself into letting go of limits I had previously thought sacrosanct. In fact, any thought of power eventually became abhorrent to me, and I couldn’t give it away fast enough. As Ayzad observed, once trust is strong, and “a solid authority principle” has been established by the Dom, the submissive will crave to surrender more fully. “This way,” he continued, “step by step, what was initially a mere illusion of submission is transformed into something real and tangible, more engaging and capable of offering both partners more intense satisfaction.”

This transformation from roleplay to true power exchange can be slow and steady over time, or it can come in surprising leaps. It all depends on how much time and effort the D/s couple is willing to put into it. For me and my Dom, life sometimes gets in the way — medical issues, work demands, friend and family obligations — and our D/s dynamic can sag and stall. But we always rededicate ourselves to D/s and concentrate heavily on rituals and protocols that strengthen our dynamic. The brain is remarkably plastic and able to adapt to new circumstances by rewiring itself to repeated actions. I have found it only takes a few weeks of focused effort before new habits of mind start to take hold, and I can almost feel my own will dissolving, creating a vacuum in which his wishes become paramount. I have experienced days-long stretches of time when my submission is so automatic it no longer requires a conscious letting go. During those times, I feel my Dom to be true “owner” of my mind and body, the power genuinely becomes his. And it is the most wonderful and safe feeling I know.

But again, it takes effort to train the mind, and it is not just the responsibility of the Dominant to make that effort succeed. Yes, most Doms will undertake a period of “training” the submissive to instill the right mindset for submission to him/her. But training the other to new ways of thinking and relating is a job for both sides of the D/s couple.

Other views on power in D/s: