The Zen of Sexual Surrender; Or, How D/s is Saving My Soul 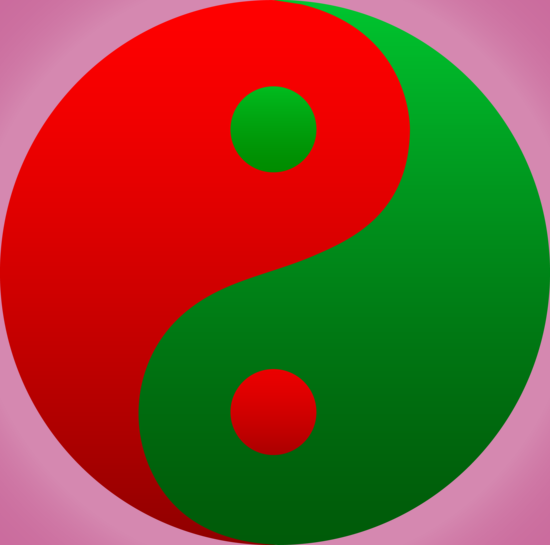 I’ll just say it: The discovery of Dominance & Submission hit me with all the power of a religious conversion. I had that ‘born again’ feeling of being a new person in thrall to a new understanding of God. I’d lie over my dominant Daddy’s lap for a spanking and it very much felt like a spiritual exercise. I made myself vulnerable, allowed him to do whatever he wanted to me, and somehow the more painful and invasive, the more my body felt opened and my soul felt saved. This fascinated me. Why was it impacting me this way? Was I simply drunk on all the chemicals released from the intense sexual stimulation? Or is it possible there is real salvation in sex?

I think of how my husband and I wandered from one Tantric workshop to another, seeking a doorway to transcendental sex, clearly longing for the next stage, and not finding it. Then we stumbled into D/s, almost by accident, and whoosh! We caught fire, serious fire, and our boundaries burned away.

Conventional wisdom says no. In our puritanical culture, sexuality is relegated to the base urges of “the body,” the temporary house for the soul. Judeo-Christian religion especially considers the sexual urges of the body to be a troublesome impediment to soulful concerns. To have sex outside of procreation is to wallow in sin and forsake one’s soul. This unnatural separation of body and spirit has caused all manner of misery and shame for centuries.

Fortunately, “sex is bad” has not been the view of many Eastern cultures. Taoism boasts a long tradition of cultivating sexual energy for the good of the spirit. I once watched a video lecture by Taoist teacher name Mantak Chia, and he described the importance of honoring one’s sexuality. “Sexual energy is the commander in chief of all the cells of the body,” he said. “All cells in body and brain respond to the energy of sex, the commands of sex. It is our original pattern. Sexual energy creates us. When you forget sexual energy, you get crazy, you get sick, you get lost.”

My husband and I had previously spent time exploring Tantra, an offshoot of Hindu and Buddhist philosophy, and learning how to heal the false divide between body and soul. (The word Tantra literally means “woven together.”) Traditional Tantra, I learned, is not merely about sex, but how to get into a right relationship with all things material. However, “workshop Tantra,” which shows up in seminars in large cities, focuses almost exclusively on sexual union as the path to God. It promotes the idea that sex can be a holy act that weaves together not just man and woman, but body and spirit, humanity and the divine.

So Tantra, at least, offers a way to embrace sex as a path to spiritual salvation. But the few Tantric workshops my husband and I attended failed to give me any bursts of spiritual insight. Mostly I felt uncomfortable with the histrionics of “raising sexual energy” through heavy breathing, moaning and babbling. It left me unsettled, like hearing people speak in tongues in church.

Looking back, perhaps another reason workshop Tantra didn’t open any spiritual-sexual doors for me is because of a heavy emphasis on elevating the feminine. The workshops were all very egalitarian, with women encouraged to assertively go after their own pleasure, to voice their wants. Basically, it was more of the same 50/50 way of relating we were already doing, just slower. And louder.

I never would have guessed that what I truly need to raise my sexual energy is to turn my sexual will over to my husband. What I need is to become to the opposite of noisy, to become still and quiet and yielding. I gain my sexual power by relinquishing it. (Ironically, David Deida’s theory on sexual polarity between the masculine and feminine—which has been so helpful to me in understanding the power of BDSM—is supposedly drawn from Tantric philosophy.)

I wonder what Deida would make of workshop Tantra failing me, but the practice of D/s liberating me. Would he be surprised? Deida does not explicitly talk about D/s, although it seems to me he is speaking code for it when he uses terms like “ravishment.” And I did hear a recorded talk by him where he encouraged men to “take” women in an “artful way,” which he described as “BDSMing each other all day long in natural and loving ways.”

He’s also written plenty about our instinctive drive to break out of 50/50 ways of relating, and “embrace the taboo.” After living in a Stage Two 50/50 relationship, he says, one begins to “long for the next stage,” where you are no longer equal, no longer serving your own preferences, nor even serving each other’s preferences. “All you want is to let go and serve love’s preferences, do whatever love demands of you, go wherever it takes you.” You no longer care about yourself anymore, he says. Instead, you become interested in “being lived” by something bigger than you.

I think of how my husband and I wandered from one Tantric workshop to another, seeking a doorway to transcendental sex, clearly longing for the next stage, and not finding it. Then we stumbled into D/s, almost by accident, and whoosh! We caught fire, serious fire, and our boundaries burned away. I was being ravished, he was being worshipped and adored, we were being lived by this wild force, just as Deida describes.

I do, however, remember my Buddhist lessons not to confuse the “finger that points at the moon with the moon.” I always endeavor not to confuse the means with the end, not confuse the doorway to getting there (D/s), with the actual there (the love). But I also think it right to acknowledge that the doorway—the way in—is important and necessary and marvelous.