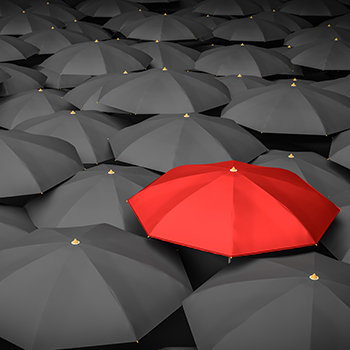 I never tried to put the blog “out there,” never linked it to anything, never talked about my secret project. In fact, over the first four years of enthusiastic practice, we never told a soul about our Dominant/submissive sexual orientation. After all, the rules of polite society tell us that one’s private sex life is no one else’s business (although we are all terribly curious about others). We also wanted to save our children or family members from embarrassment and protect our careers from the stain of stereotypes. Then there was the glare of the #MeToo movement and the fierce cultural rejection of men imposing their sexual will on women. Women were suddenly feeling empowered to protect themselves from being treated as sexual objects, it felt the absolute wrong time to boast about the benefits of sexual surrender to a man.

A full decade after the runaway success of the 50 Shades of Grey trilogy revealed widespread interest in kink, the practice of BDSM-style Dominant/submissive relationships remains stigmatized.

But there was something else I heard at my first munch that has fed my determination to come out. A submissive woman was there, and the Dominant she had devoted herself to had just died in a car accident. She talked tearfully about how she had not been invited to the funeral because her Dominant had never felt comfortable informing his family about his D/s relationship with her. She had not been allowed to publicly mourn the loss of the most important person in her world. The leader of the group said, “Maybe in the future, when more people come out as BDSM, heartbreaking things like this won’t happen.” It truly IS heartbreaking to be marginalized for one’s sexual preferences. More than that, it is actively harmful to society and the individuals within it who pay high costs for irrational stigmas that have no basis in fact.

Of course, there are many situations where it is simply not appropriate to reveal the shape of one’s sex life; I see no reason to tell my sweet, elderly mother-in-law what her son and I do behind closed doors. But I think its long past time that we rethink the rule of polite society that banishes sex into a forbidden secret corner in which we are cut off from knowing about the great diversity of sexual experience that is possible. By being more open about our desires and experiences in a sex-positive way, we help ourselves and others feel more known and validated for who we are.

A few weeks ago, I finally told my adult children that I’m working on a Web site about kinky sex. One greeted the news with a no-big-deal shrug; the other was fascinated, and we had our first real honest conversation about sex beyond me mumbling something about condoms. “It would have been nice,” she said, “to be able to talk about this kind of stuff when I was younger. Maybe I’d have learned how to talk about my sexual desires to my own partners and I’d have had better relationships.” I wish I had been more open, too, I told her, I thought I was protecting you from discomfort, and I feel sad to know that I wasn’t. But I’m learning.

Coming Out As Kinky: Food for Thought